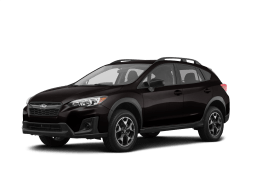 In the early 1950s, a collection of Japanese companies joined to form Fuji Heavy Industries Ltd. Its automotive division came to be known as “Subaru,” which is a Japanese word meaning “unite.” In 1954, the first Subaru car was unveiled. Powered by a four-cylinder engine, the P-1 (its name was later changed to the Subaru 1500) boasted a front-wheel wishbone-type independent suspension and was the first car to feature a monocoque body designed in Japan.

Subaru started the 70s with the introduction of the GL/DL (called the Leone in other markets). The sedan (it was soon joined by a coupe and a station wagon) broke new ground by offering four-wheel-drive (4WD) capability. Up until then, 4WD had only been offered in off-road-oriented vehicles. Coveted for use in the snow and in hilly regions, the GL and DL also benefited from the increasing popularity of outdoor sports like skiing and fishing and went on to become the world’s top-selling 4WD vehicle. In 1977, Subaru rolled out the successful Brat; based on the GL, it was a small car-based pickup whose cargo bed featured a pair of jump seats. More and more, young people were seeking a vehicle designed for an outdoorsy lifestyle, and the rugged Brat was perfectly in step with their needs.

The automaker made a name for itself in motorsports in the 1990s by being the first Japanese marque to win the Manufacturers’ title at the World Rally Championship three years in a row. The Subaru family continued to grow during this decade, with the addition of the high-performance SVX, the popular Legacy-based Outback wagon, and the sporty Impreza. In the late 90s, General Motors acquired a 20 percent stake in parent company Fuji Heavy Industries (FHI) with the aim of strengthening its presence in foreign markets. This affiliation didn’t last long, and Toyota currently owns a small percentage of FHI.

What is Subaru known for?

Who is Subaru owned by?

Where are Subarus manufactured?

How much does the Subaru Impreza cost?