Find unbeatable local MINI lease deals, including no money (zero) down and the best short-term car leases. Our monthly lease specials & discounts often are not published. 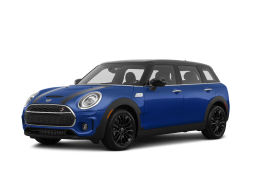 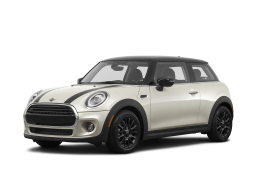 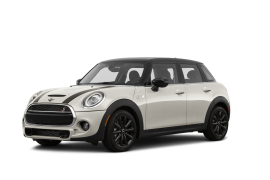 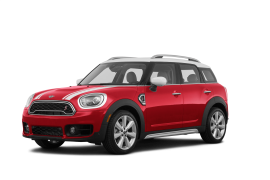 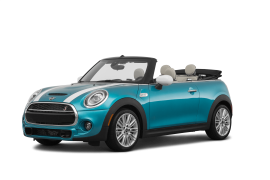 Since they became available in the United States, the Mini lineup of vehicles has quickly become very popular. They are a great option for many people because they are a comfortable, reliable vehicle that is also very affordable. Of course, the aesthetics of this line of cars is also quite attractive. If you’re in the market for any of the great Mini models, you’ll likely want to make sure you get the best deal possible, and that is where we can help.
As a leading auto leasing company in the area, we can provide you with a high quality vehicle of any type, while also saving you a significant amount of money. We have all the different models including the Mini Hatch, Mini Cooper, and the Mini Convertible. No matter which of them you’re looking for, we can get it for you quickly and easily. In fact, in addition to finding you the best vehicles at the best prices, we can also help make the entire process far more convenient than any other auto leasing agency.

Whether you’re in the market for a Mini, or any other type of vehicles, we will do our best to help ensure everything goes perfectly throughout the experience. First, we allow our customers to browse through our selection right from the comfort of their own home. Customers can look through our site where we have thousands of vehicles listed that you can look at, read about and much more. You won’t be pressured to make a purchase or otherwise harassed by a salesmen because unlike traditional auto leasing dealerships, we won’t bother you.
Of course, when you do need help, we are there to assist. You can get in touch with our sales professionals anytime by simply dialing 718-871-CARS (2277). They can then help you by answering any questions or assisting you throughout the leasing process. No matter what you need, we are there for you when you need us. In fact, once you have completed the leasing paperwork, we’ll even drop the vehicle off right to your home for additional convenience.

In addition to helping you to get the perfect auto lease for you, we can also help get the right financing. We work with people no matter what type of credit score they have to help ensure they get a good loan. We can even help get you pre-qualified or let you know how much the payment would be on a specific vehicle so you can plan everything out ahead of time. If you need help with financing, we are here to assist.

The Mini is a small economy car produced by the English-based British Motor Corporation (BMC) and its successors from 1959 until 2000. The original is considered an icon of the 1960s British popular culture. Its space-saving transverse engine and front-wheel drive layout – allowing 80% of the area of the car’s floorpan to be used for passengers and luggage – influenced a generation of carmakers. In 1999, the Mini was voted the second most influential car of the 20th century, behind the Ford Model T, and ahead of the Citroën DS and Volkswagen Beetle.

The performance versions, the Mini Cooper and Cooper “S”, were successful as both sports cars and rally cars, winning the Monte Carlo Rally in 1964, 1965, and 1967. In 1966, the first-placed Mini (along with nine other cars) was disqualified after the finish, under a controversial decision that the car’s headlights were against the rules.

On its introduction in August 1959, the Mini was marketed under the Austin and Morris names, as the Austin Seven and Morris Mini-Minor. The Austin Seven was renamed Austin Mini in January 1962 and Mini became a marque in its own right in 1969. In 1980, it once again became the Austin Mini, and in 1988, just “Mini” (although the “Rover” badge was applied on some models exported to Japan). BMW acquired the Rover Group (formerly British Leyland) in 1994, and sold the greater part of it in 2000, but retained the rights to build cars using the Mini name.

The first Mini was released in 1959, bringing with it a slew of groundbreaking automotive advances. While providing greater interior space for passengers, the company’s chief engineer also improved the Mini’s stability in tight turns, a characteristic that would later come in handy during the Mini’s racing career.

The one-of-a-kind design was received well by all demographic lines. The Mini was a hit and quickly became a symbol of the era. The Mini’s agile handling and ability to perform tight turns together with balance and grip inspired racing star John Cooper, who helped design the iconic Mini Cooper 997 in 1961. The Monte Carlo rally is carved deep in the vehicle’s history since it won three times between 1964 and 1967 and was also a frequent winner at other international races.

Over two million Minis had been sold worldwide by the end of the 1960s. A pickup truck and a station wagon were among the new versions released, although the original two-door vehicle remained the most popular. The brand’s future was uncertain for the next two decades as it passed through several owners, from BMC to British Leyland to the Rover Group. After BMW purchased Rover Group in 1994, work on a brand-new Mini began. Six years later, BMW sold the Rover Group, but Rover kept the name and launched a larger version, which received mixed reviews from fans but was a commercial success. Mini enthusiasts may now choose between a convertible, a classic hatchback, or the Countryman, the company’s largest vehicle yet. The unusual car is also one of the most customizable on the market, with over 10 million available customization options.

Whether you’re ready to move forward with your auto lease, or you just have a few questions, please don’t hesitate to give us a call at 718-871-CARS (2277). We are more than happy to talk with you about your options and help you to get into the vehicle of your dreams. Remember, we have all the makes and models from all the manufacturers available so whatever you need, we have it for you.

Who is Mini owned by?

BMW Group acquired Mini in 2000. However, Mini started out as a British brand. Originally, Mini was a model name, which was used on the Austin Mini and Morris Mini. They were essentially the same cars but were sold under different brands owned by British Leyland.

Where Is Mini Manufactured?

Two-door Cooper models with the three-cylinder engine get fuel economy estimates of 28 mpg in the city and 36 mpg on the highway. That’s just slightly below average for the subcompact car class.

How Much Does a Mini Cooper Cost?

The basic version of a Mini Cooper starts at $21,00, which is more expensive than Toyota Prius and Volkswagen Beetle. If you want a four-door version, you will have to pay an additional $1,000. Convertibles cost $5,000 more than their hardtop two-door counterparts. The top-of-the-line John Cooper Works Mini Convertible in the Iconic trim has a starting price of nearly $45,000. That’s more than the base price of some luxury competitors. If you are considering a Mini Cooper as a lease car, do not hesitate to contact our sales representative.

Is Mini Cooper a Reliable Car?

The Mini Cooper is considered neither reliable nor unreliable. The Mini Cooper is average in terms of dependability. It has a reliability index of 117, and the average is 118. It’s repair costs aren’t too bad, accounting for $500 on average which is pretty good, especially compared to some of their rivals. They are off the road for a little bit longer than 2.62 hours.