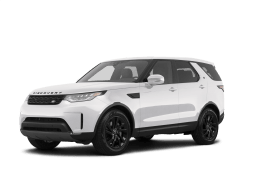 Since the introduction of Range Rover in the 70s, it has become known as the most powerful and luxurious all-terrain SUV. Owned by Jaguar and made mainly in England, Range Rover is always a step ahead of other competition SUVs. Loaded with impressive key and safety features, Range Rover has become one of the most popular cars to lease.

We can often save our customers thousands of dollars over the course of the lease, without ever having to sacrifice on the quality of the vehicle. You can have all the great options you want, but with the excellent lease terms that will make these great vehicles both affordable and practical for your budget. If you decide to go with another type of vehicle, we offer cars, trucks, minivans, SUVs and other options from all the major manufacturers, so you’ll have plenty to choose from.

How we get Great Specials

Some people are curious about how we are able to get the same great vehicles as other dealerships, but at a significantly lower price. The fact is, there are many things that we are able to do that most dealerships simply can’t. To start with, we are one of the biggest leasing agencies in the area, so we are able to lease out a high volume of vehicles. This makes it possible for us to negotiate great deals with the manufacturers.
Another way we are able to offer such great prices is by keeping our overhead prices so low. We don’t have a traditional car lot like other companies do. This allows us to save thousands of dollars per month, while also removing the limitations on how many cars we are able to have in our inventory. Of course, this also makes it easier for our customers to work with us since they can shop right from the comfort of their own homes.
All you have to do is look through our online inventory to see that we have the best selection of Land Rover’s and other great vehicles to choose from. You can take your time and shop for as long as you’d like to figure out exactly which make and model you prefer. When you’re ready, we are here to take your order. Just give us a call at 718-871-CARS (2277). You can speak with one of our professional sales associates and they will work with you to ensure you are getting the exact lease terms you want.

Another important factor that allows us to give you a great deal on any vehicle you’re looking for is that we help our customer’s get great financing. We’ll work on your behalf to get a low interest rate and terms that meet your exact needs. This helps us to keep the prices low so you can afford the vehicle of your dreams.

Tata Motors opened India’s first hotel with electricity in 1907. It began in 1863 as a trading company and today it owns multiple global automotive operations in commercial and passenger vehicle segments. It does business in hospitals, steel, and telecommunications.

Where is Range Rover Made?

What is Range Rover’s History?

Range Rover was first introduced in 1970 and is known today as the world’s most luxurious SUV. The first Range Rover prototype called the Velar, meaning “veil”, was kept under wraps until its big release. Because of the Velar prototype’s widespread critical acclaim, Range Rover released the first 3-door Range Rover, the first car with constant 4-wheel drive.

In 2005, the first Range Rover Sport was introduced. It featured a Supercharged 4.2-liter gasoline engine and cross-linked air suspension giving drivers an option of ride height allowing for a more comfortable 4×4 ride.

In 2008, the LRX cross-coupe concept was designed for drivers who would rarely go off-road. This car was sleek with a luxurious futuristic interior. In 2011, the Evoque was produced and named “Car of the Year”. Many features were taken from the LXR concept, giving the Evoque a modern elegant spin on the classic Range Rover design.

In 2015, Range Rover made the Evoque convertible sporting a unique design making it the most compact SUV all-terrain vehicle. In 2017 the sleekest and modern looking Range Rover, the Velar, was designed promising the most comfortable and luxurious ride.

What Does Range Rover’s Logo Mean?

Range Rover makes no official statement about the meaning of its iconic logo, but there are some rumors that the oval shape came from a tin of fish, which the designer Maurice Wilks was eating for lunch at the time. The green is said to stand for Range Rover’s off-road capabilities of taking you off the road and into nature. Green was also the color used to represent British cars in motorsports. The zig-zag behind the text is said to stand for going above and beyond.

What Are Range Rover’s Key Features?

The new 2020 Range Rovers have some impressive technology built in to optimize your ride and provide outstanding luxury to its drivers. Adaptive Cruise Control uses moderate intervention by gently providing steering control, braking, and acceleration to keep you centered in your lane and maintain distance from other cars.

The Head-Up Display presents your navigation, speed, and gear position, as well as other relevant information in color directly on your windshield so you never have to take your eyes off the road.

The Terrain Response adjusts your gearbox, engine, and chassis to best adapt to the terrain. You can choose from seven driving modes: Dynamic; Eco; Comfort; Grass/Gravel/Snow; Mud and Ruts; Sand; and Rock Crawl.

Your new Range Rover is also equipped with a variety of high-tech safety features including emergency brake assist, electronic traction control, Isofix for car seats, and much more.

Range Rover offers its beautiful Phev as a hybrid option. This hybrid has an impressive 398 horsepower, goes 0-60 in 6.4 seconds, and a 19-mile range in Elective Vehicle (EV) mode. The Phev is fully charged in just 2 hours and 45 minutes, offers a touch screen integrative driver display that tells you how efficiently you’re driving and has Intelligent Routing to display the most efficient routes.

What Models Does Range Rover Have?

Range Rovers has a range of beautiful, luxurious, and powerful SUVs with the option of the standard or long wheelbase. Range Rover models include: