Find unbeatable local Tesla lease deals, including no money (zero) down and the best short-term car leases. Our monthly lease specials & discounts often are not published. 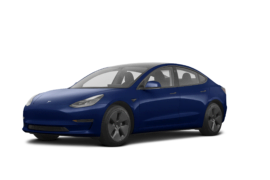 If you’re looking for a better alternative for car leasing, you have come to the right place. eAutoLease.com is the ideal way to lease a new Tesla or any other type of vehicle today. You can browse through our massive inventory of vehicles which includes Tesla as well as cars from nearly every other manufacturer you can imagine. We also have all the different models from these manufacturers, so you’re sure to find the vehicle that you want most.

How Does an Online Dealership Work?

Some people aren’t sure exactly how an online dealership works. In many ways, it works similarly to other online commerce sites. First, you take your time and browse through our great selection of vehicles to see which ones you’re interested in. You can browse any time, day or night, which makes this the most convenient option for car shopping around. Once you know which vehicles you want to lease, you can give us a call and speak with one of our leasing experts. They can be reached at 718-871-CARS (2277).
The leasing specialist will help you to set up financing and get the terms for the lease that you want. When ready, you’ll fill out the proper paperwork online, and we’ll deliver you the vehicle. We can bring the vehicle right to your home or office so you don’t have to worry about a thing. Our customers have commented on just how much easier this is than having to drive around to all different dealerships throughout the area just to find the cars they are interested in.

Just like other eCommerce options, leasing your car from us will help ensure you are getting the best possible deal. We have lower overhead and work with all the manufacturers to ensure we are getting the best prices for our vehicles. We’ll then pass those savings on to you so you can have a lower monthly payment on whatever type of car you’re interested in. Whether you want to lease a Tesla, or you have another type in mind, we are here for you every step of the way.

Tesla is an American electric vehicle company, based in Palo Alto, California. The main specializations of the company are electric vehicle manufacturing and battery energy storage. Tesla has multiple production facilities, including its main manufacturing facilities in Fremont, California, and Giga Shanghai, China. The company’s model range entails Model S, Model 3, and Model Y. Despite its popularity among the markets, Tesla has never had a profitable year but it has had several individual profitable quarters.

The main focus of Tesla is on safety and the company takes a proactive approach to that. Tesla requires production employees to participate in a multi-day training program before ever setting foot on the factory floor. Tesla continues to provide on-the-job training and tracks performance daily so that improvements can be made quickly. The result is Tesla’s safety rate.

Tesla Motors was started in 2003, shortly after General Motors recalled and destroyed the prototypes for the EV-1 electric car. Elon Musk joined the young company in 2004 and provided much of the initial funding. It was started with the goal of developing and selling practical electric vehicles to the general public. It devised a three-tiered plan to achieve this. The first phase was the introduction of sports cars, which were at the time the only type of electric vehicle with a positive ROI. It was followed by a $60,000 sedan and, finally, a $30,000 sedan, both of which were marketed to the general public.

The Tesla Roadster was released in 2008 and cost a little more than expected. It was sold for nearly four years before being discontinued. In 2009, Elon Musk bought the Tesla Roadster that SpaceX launched into orbit.

When you’re ready, please give us a call at 718-871-CARS (2277). We’ll be happy to answer all the questions you might have as well as provide you with the best overall leasing experience possible. We’re confident we will be able to get you set up in the perfect Tesla lease for your situation.

Who is Tesla owned by?

Tesla is owned by Elon Musk who is a South-African-born American entrepreneur. He is also a founder of PayPal (1999) and SpaceX (2002). Elon Musk became a millionaire in his late 20s after selling his start-up company Zip2 to a division of Compaq Computers.

How much does the Tesla Model S cost?

Where are Tesla’s vehicles manufactured?

The American based company has two main manufacturing facilities. The first one is located in Fremont California and the second one is in Giga, Shanghai.

Where does Tesla operate?

As of now, the company has operations in 10 countries. These include the United States, Germany, China, France, Italy, Australia, Canada, United Kingdom, Mexico, and Austria. The main portion of its vehicles is being sold in the United States. Currently, Tesla has more than 438 Tesla Motors Stores across the globe and almost 100 service centers.

How long does Tesla last?

On average, Tesla cars cover 9,000 – 12,000 miles per year. Taking this into consideration, the lifespan of a Tesla vehicle will be between 7.5 to 10 years. Undoubtedly, you also need to take into account the way the car is driven. Tesla offers an 8 years warranty on its battery and unlimited miles.