Find unbeatable local Subaru lease deals, including no money (zero) down and the best short-term car leases. Our monthly lease specials & discounts often are not published. 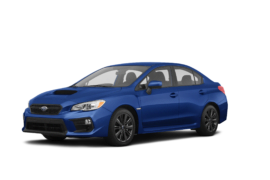 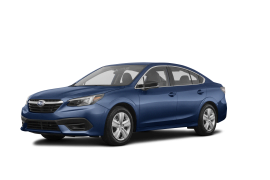 Fuji Heavy Industries Ltd was founded in the early 1950s by a group of Japanese companies. Its car branch became known as “Subaru,” a Japanese word that means “unite.” The first Subaru vehicle was unveiled in 1954. The P-1 (later renamed the Subaru 1500) was the first car to utilize a monocoque body designed in Japan and was powered by a four-cylinder engine. It also had front-wheel wishbone-type independent suspension.

The GL/DL was Subaru’s first vehicle in the 1970s (called the Leone in other markets). The sedan (quickly followed by a coupe and a station wagon) was the first to provide four-wheel drive (4WD). Up until that point, 4WD has only been available in off-road vehicles. The GL and DL, which were popular for usage in the snow and mountainous areas, also benefited from the growing popularity of outdoor sports such as skiing and fishing and became the world’s best-selling 4WD car. Subaru released the famous Brat in 1977; it was a small car-based truck with a pair of jump seats in the cargo bed. Young people were looking for a vehicle suited for an active lifestyle, and the robust Brat fit the bill wonderfully.

In the 1990s, the carmaker created a name in motorsports by being the first Japanese marque to win the World Rally Championship Manufacturers’ title for three consecutive years. During this decade, the high-performance SVX, the popular Legacy-based Outback wagon, and the sporty Impreza were all added to the Subaru lineup. General Motors purchased a 20% stake in parent company Fuji Heavy Industries (FHI) in the late 1990s, intending to expand its international footprint. This partnership did not survive long, as Toyota now owns a small portion of FHI.

What is Subaru known for?

Who is Subaru owned by?

Where are Subarus manufactured?

How much does the Subaru Impreza cost?