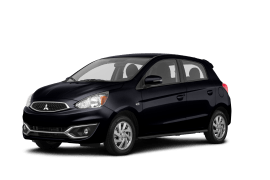 Leasing a new vehicle does not have to be difficult or even time consuming if you know where to do your shopping. Unlike traditional dealerships, we don’t make you drive all over the region just to see the make or model that you’re interested in. Instead, we let you do all your browsing right from the comfort of your own home. You can use our convenient website to look through our nearly endless inventory of great vehicles until you find the one that you love.
You don’t have to worry about having a pushy salesmen bothering you or trying to get you to buy the vehicle that he gets the best commission on rather than the one that would work for you the best. Here at eAutoLease.com we always put our customers first throughout the leasing process. That starts with providing you with the most convenient platform possible to look at our inventory and continues until we actually deliver your new vehicle right to your home.

As you browse through out inventory you will quickly see that we have everything you could possibly desire. If you are shopping for a new Mitsubishi, for example, you will see that we have a variety of options including the Mitsubishi Lancer, Evolution, Mirage and Outlander. We also have each model in a number of different trim packages to help ensure you get the exact features you’re looking for. Whatever it is you need, we will have it for you.

One of the best things that our customers like about our auto leasing agency is that we have the best deals possible on all of our vehicles. This starts with us offering the lowest base prices possible, and continues with getting setting up excellent financing arrangements and much more. We know that no matter what type of vehicle you’re looking for, price will almost always be a concern, which is why we work so hard at keeping our prices low. If you let us know what your budget is, we can almost certainly get you a vehicle that will work for you.
Of course, no matter how good a deal is, it won’t be helpful if you don’t get a vehicle that meets the needs of you and your family. With this in mind, we do everything possible to ensure you get the right vehicle for you. Whether that is a Mitsubishi or any of the other types of vehicles that we carry for our customers.

Mitsubishi Motors Corporation, commonly referred to as Mitsubishi, is Japan’s fourth largest car company that manufactures and markets passenger cars and light commercial trucks in its domestic markets as well as in other countries. Its line of passenger cars includes the Diamante sedan, the Galant sedan, the Lancer sedan, several mini-cars for the Japanese market, the hatchback Colt, and the Montero and Endeavor sport utility vehicles for North American consumers.

Although automobiles have become an established part of modern life, challenges still remain to boost their safety and eco-compatibility without sacrificing any of the benefits or convenience they offer. Mitsubishi Motors Corporation is developing a variety of technologies designed to improve the safety and environmental features of its products.

Mitsubishi’s automotive origins date back to 1917, when the Mitsubishi Shipbuilding Co., Ltd. introduced the Mitsubishi Model A, Japan’s first series-production automobile. An entirely hand-built seven-seater sedan based on the Fiat Tipo 3, it proved expensive compared to its American and European mass-produced rivals, and was discontinued in 1921 after only 22 had been built.

In 1934, Mitsubishi Shipbuilding was merged with the Mitsubishi Aircraft Co., a company established in 1920 to manufacture aircraft engines and other parts. The unified company was known as Mitsubishi Heavy Industries (MHI), and was the largest private company in Japan. MHI concentrated on manufacturing aircrafts, ships, railroad cars and machinery, but in 1937 developed the PX33, a prototype sedan for military use. It was the first Japanese-built passenger car with full-time four-wheel drive, a technology the company would return to almost fifty years later in its quest for motorsport and sales success.

Mitsubishi Motors went public in 1988, ending its status as the only one of Japan’s 11 auto manufacturers to be privately held. To pave the way for the shift to public ownership, changes had to be made in the company’s stock agreements with both MHI and Chrysler. MHI agreed to reduce its share to 25 percent, retaining its position as largest single stockholder. Chrysler meanwhile increased its holding to over 20 percent. The $470 million in capital raised by the 10 percent initial offering enabled Mitsubishi to pay off part of its debt as well as to expand its investments throughout southeast Asia, where by now it was operating in the Philippines, Malaysia, and Thailand.

If you have any questions about our leasing service or you would like to ask about what financing options you have available, we are always just a phone call away. You can reach us by dialing 718-871-CARS (2277). One of our qualified sales professionals will be there to answer any questions you have about the vehicles you’re interested in, the leasing process, the financing or anything else you need to know about.

Who is Mitsubishi owned by?

Nissan spent $2.2 billion to buy a 34% controlling share in Mitsubishi Motors Corporation on May 16, 2016. As a result, the company became known as the Renault-Nissan-Mitsubishi Alliance.

Where are Mitsubishi’s vehicles produced?

Mitsubishi’s product range consists of a number of sedans and SUVs. The production of the company’s vehicles is being done at three main manufacturing facilities in Japan and one at one facility located in Normal, Illinois.

How much does Mitsubishi Lancer cost?

Where is Mitsubishi Galant manufactured?